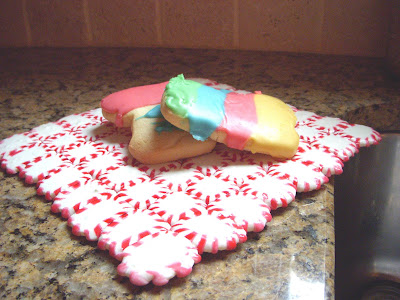 I pinned this idea for making a Plate or Tray from Peppermint Candies (originating at Tutta Bella) this week and thought I should try it for my party tonight.

The directions were simple enough:

1. Arrange peppermints on a piece of parchment or waxed paper (I used a silicon pad) 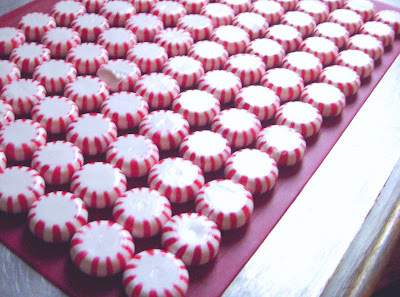 3. Let cool, peel from the paper, and use as a serving tray or plate.

The baking took me more like 10-12 minutes and the mints almost look like they are not melted together when you take them out, they just get square. (**My first try I waited until the mints actually looked melted and they had totally lost their shape and the square became all blobby and was super thin and fragile.) Also, make sure you set your mints in from the edge of the paper at least an inch, because it will grow and roll over the edge. 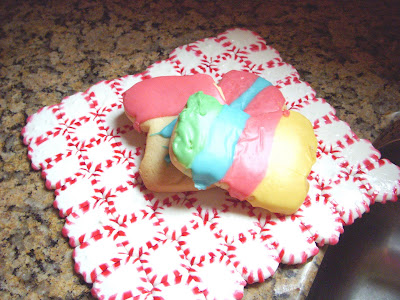 I would say "Meh". It's okay, but not as cute as I expected. It definitely worked as described but I probably won't pull it out at my party. The kids? They loved it!

So, I'm going to give this Pin a PASS.

Paulette tried a Cinnamon Glazed Pretzel Pin and turned it from a fail to a pass!

Email ThisBlogThis!Share to TwitterShare to FacebookShare to Pinterest
Labels: Hope Studios, pinterest pass or fail, tray or plate made from peppermint candy