So, this was probably our last trip to Disney since my kids are getting older (13, 10, and 9) so we tried to take advantage of every little thing Disney had to offer this year. We visited all four parks from morning til night and took 286 photos. Want to see all of them??? Just kidding.

Even after all these years of visiting Disney (5 years!) I still learn something new. I'll share a few tidbits at the end of the post.

Best way to get a family portrait? Ask a Disney photog to take a picture with your camera. One of the sweet ladies set up with a tripod in front of the castle took this great shot of us on our way into the park: 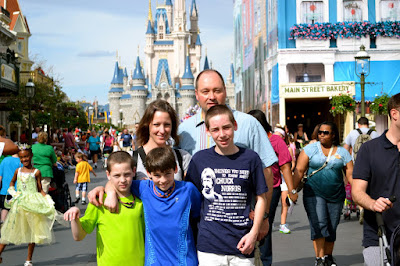 Best way to get a teenager to pose for a picture? Pull out your camera on the way up the big hill on Expedition Everest! Even my camera shy and awkward teenager smiled for me on his way up: 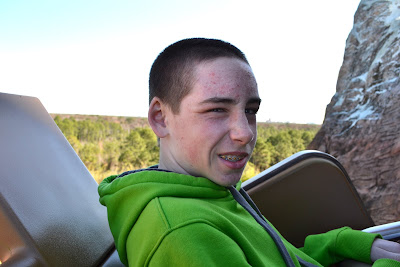 Most social Disney character? Stitch! That fuzzy, burping alien was everywhere! He played tricks, sat down to pose for photos, and burped in your ear while wandering around the park like a distracted toddler: 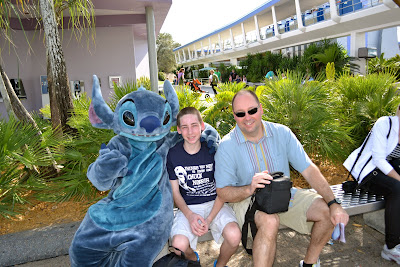 Best way to try out your new camera? Wait for a giant bucket of water to dump on the kids in the water park! I love seeing my older son "playing" with his brothers. Those days are so limited at this point: 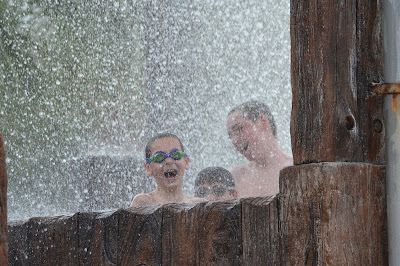 Best parade? Animal Kingdom! I have always thought that this parade is the least crowded, most colorful, most interactive parade of all the parks. It's easy to get a front row seat and at least one character will make contact with your child during the parade: 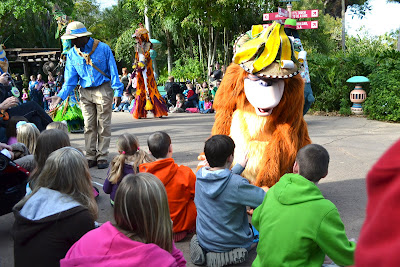 So, want a quick tip? Hollywood Studios is far and away the worst park for bag checks. The line is crazy long...until I found a secret line! If you are looking at the entrance there is a bag check on the right that most everyone heads to. Buses and trams let off there and it's a giant looong line.

If you look to the faaar left,you will see one lonely security guard waiting to check bags from those entering from the handicapped parking area. Go there! He's lonely!
at March 01, 2012