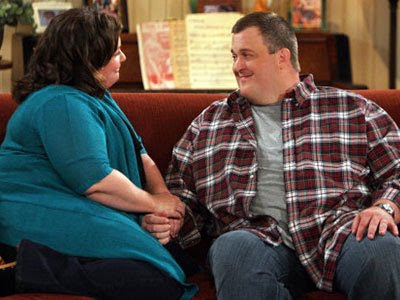 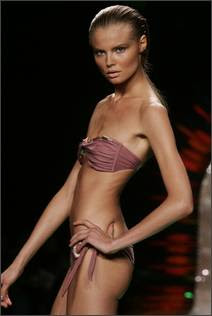 I'm pretty sure you've heard by now about Maura Kelly, a Marie Claire blogger who blogged about discomfort while watching intimacy between overweight actors on TV, stating that she'd be "grossed out if I had to watch two characters with rolls and rolls of fat kissing each other." Maura was following up on this CNN article voicing many of the same criticisms.

Many critics of Maura's blog post were upset by the "hateful" nature of the comments and claimed that articles like this promote "weightism" (discrimination based on weight).

Do TV shows like this promote being overweight or are they just showing us a normal part of today's society?

Do obese actors give children (especially girls) a healthier alternative to the pin thin models we see in magazines?

Do you see "Weightism" as a form of discrimination in America today the same as racism or ageism?

You still have time to enter My 2 Sugar Plums' giveaway! Go now!