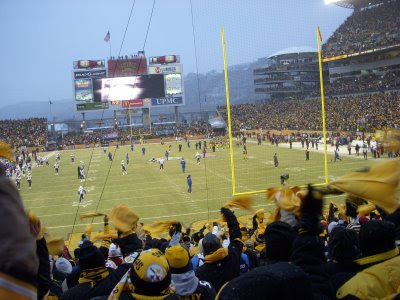 When attending a Pittsburgh Steelers game, you will notice everyone in the crowd waving gold flags to support their team. The "Terrible Towel" was invented by Pittsburgh radio broadcaster Myron Cope in 1975, and has become one of the most recognized fan symbols of any national sports team.

What better way to make our little guys feel the fan support during their Superbowl game than to have the stands full of their own Terrible Towels! You could easily make your own version with your own team colors the next time you want to rally fan support. Soooo...

Begin by dying your washcloths your team color. Rit dye and a big pot on the stove was the method I used. Follow the directions on the package.

While the dye is brewing, let's make our stencil! Print out your team name or saying on the computer using "Stencil" font. Lay the print out under the translucent plastic and cut out the letters with an Exacto knife.

You will end up with a stencil like this: 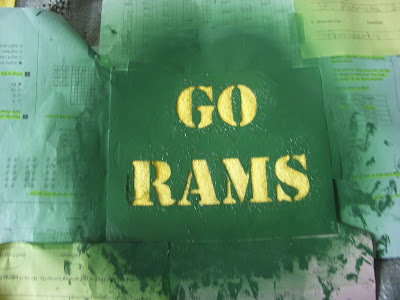 To protect the rest of the towel from over-spray, I taped old school papers around the edge. To make sure the whole stencil made contact with the towel, I used repositionable spray adhesive onto the back and pressed down. Then I spray painted the design. 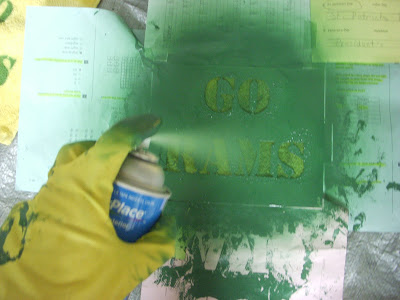 It's 39 degrees, so I spread out a tarp and worked in the garage...shhhh, don't tell the Big Guy! I made an assembly line and worked really quickly - 48 towels in under 30 minutes. 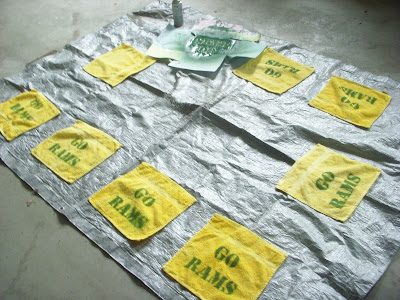 Peel off the stencil and tada! 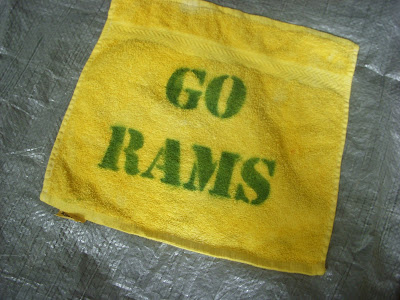 Repeat 47 more times and you are good to go! 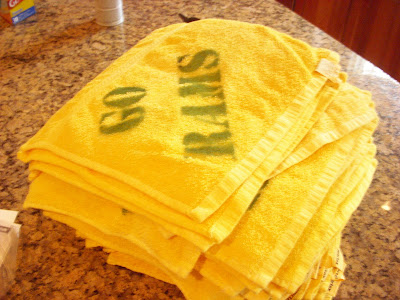 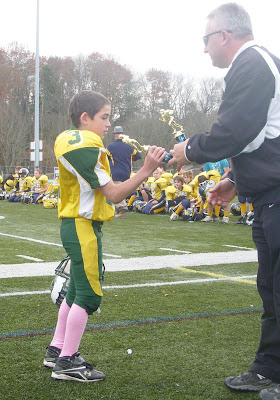 You will have an opportunity to share your own tutorials tomorrow at my linky party. Come on back and Teach Me Stuff!