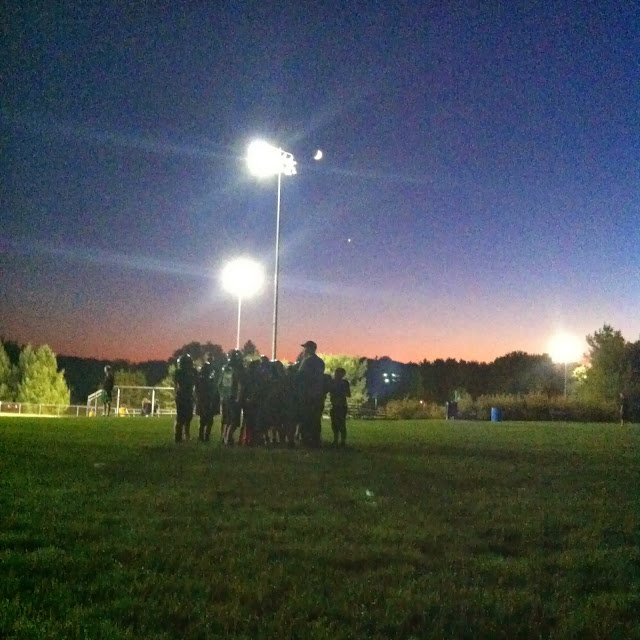 Regular football practice ends this week and then we gear up for the playoffs!   The boys are practicing under the lights every night to get ready for the tough games in the coming weeks.

At this point in the season, it feels like we have been practicing for a year.  It starts to drag, the light is fading, and it is getting pretty cold outside.  As "team mom" I like to plan some special things to keep the boys motivated: hot chocolate after practice, bon fire parties, a sweet treat here and there...

Living in Steeler Country, I also like to make Rally Towels for the fans to wave during the playoff games!

I actually made this stencil a few years ago and I keep it in a special spot so I can pull it out every season to make our team's towels.  I have made the towels a few different ways, but this year I feel like the method is refined and it's easy enough to whip up a few towels each night during practice.  Before long, I'll have 30 towels ready for waving!

Hand towels (I buy the cheap white ones from Dollar Tree and dye them the color I need with Rit Fabric Dye, but you could keep them white and stencil on your team color instead)
Stencil plastic
Exacto knife
Acrylic paint
Sponge stencil "dobber" (I don't know the real name - it's the round, flat bottomed sponge brush at the craft store) 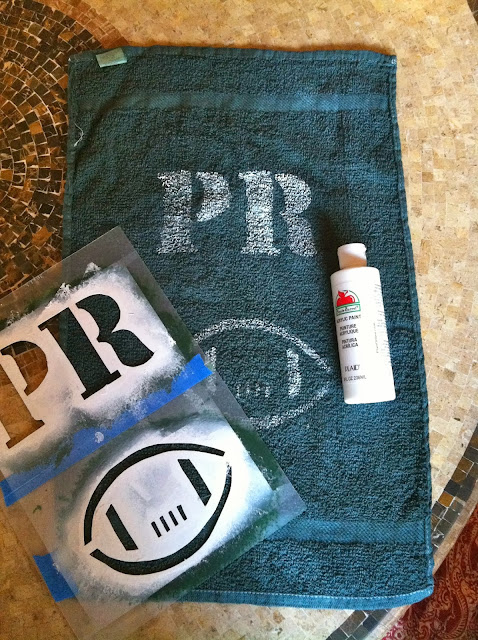 If you are dying your towels, wash them first so the dye will stick. Instead of placing the wet towels in the dryer, mix up your dye according to the package directions and place damp towels in dye. (I dye mine out in the back yard using one of those giant keg buckets and pots of boiling water from the stove.)

Rinse towels and place in dryer according to directions on package.

Print out the design you would like and print out on your computer.  Place the paper under the stencil and cut out the plastic using the Exacto knife. (I lay an old magazine down to protect my table during the cutting process)

Now, just lay the stencil on top of the towel and stencil your design using a dabbing motion with the brush.  Repeat 29 more times...